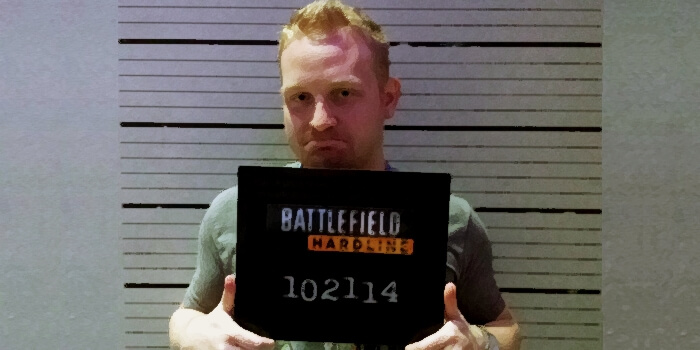 Editor at both Game Rant and its sister site, Screen Rant, Andrew Dyce was born in Winnipeg, Manitoba, Canada. Despite calling the vast nothingness of the Canadian prairies home (or perhaps because of it) video games have been a passion since birth. As a graduate of the University of Manitoba with a degree in English Literature, Andrew has grown to appreciate the story and writing behind everything from AAA shooters to sprawling RPGs, and almost every genre in between.

As one of the most visually impressive games on the way, 'The Order: 1886' gets a new trailer focused on the new game engine and next-gen tech behind it.

'The Witcher 3' Contains Hours of Sex; Developers Explain Why

With reports claiming that 'The Witcher 3' takes the series' romance to a new level, the developers explain why it's much, much more than a selling point.

'Quantum Break' Being Developed as The Series' 'First Season'

In a new interview with 'Quantum Break' director Sam Lake, the full plan for Remedy Entertainment's 'most ambitious game' is discussed - including a sequel.

To give a new look at 'Call of Duty: Advanced Warfare's upcoming Havoc DLC, the developers turn to the man responsible for the series' infamous KillCams.

Microsoft has unveiled their own plans for VR with Windows 10, as the new operating system uses HoloLens technology to bring holograms into the real world.

The game that launched the 'Resident Evil' series' HD overhaul brings it up to date for newcomers, but doesn't change enough to make it worthwhile for veterans.

Those looking to track and defeat all of Dragon Age Inquisition's winged menaces may need some directions (and some) advice - and we've got you covered.

BioWare has released new 'Dragon Age Inquisition' details, revealing the least-killed dragons in its world and the split between male and female characters.

At the end of every video game lies a final fight to make the adventure worthwhile. See how many of your favorite boss battles made our list of the very best.

'The Witcher 3' Trailer Brings New Players Up To Date

For new players looking to jump into 'The Witcher 3: Wild Hunt', the latest recap trailer provides all the details on story and setting needed to get excited.

One brave developer looks to finally capitalize on the success of Lindsay Lohan, with 'Mean Girls: The Game' announced to be on its way to iOS platforms.

The first announcement video for 'Forza Motorsport 6' has arrived, giving a first look at the new game engine, and the all-new Ford GT gracing its cover.

A former animator on the 'Mass Effect' series reveals that from the game's earliest stages, Commander Shepard was intended to be female character by default.

With development now complete, watch as four of 'Evolve's unique Hunters join forces to do battle with an alien monster in the game's opening cinematic,

With 'The Witcher 3' hogging the spotlight, CD Projekt Red explains why more details on the mysterious 'Cyberpunk 2077' may not be revealed for some time.

After months of silence, a new report claims BioWare's mysterious 4 vs. 1 online action game, 'Shadow Realms', has been taken back to the drawing board.

The latest fighter confirmed to join 'Mortal Kombat X' is none other than Kung Lao - thrust 25 years into the future despite his fate in the previous game.

With 2014 boasting plenty of video game sequels, prequels, and spinoffs, we list and detail our favorite new franchises that launched alongside them this year.

With a year of games that were as polished as they were addictive, we name the 2014 titles that kept us playing for hours on end.

Covering the hottest movie and TV topics that fans want.

The go-to source for comic book and superhero movie fans.

A one-stop shop for all things video games.